← more from
NNA Tapes
Get fresh music recommendations delivered to your inbox every Friday.
We've updated our Terms of Use. You can review the changes here.

What Would The Odd Do? 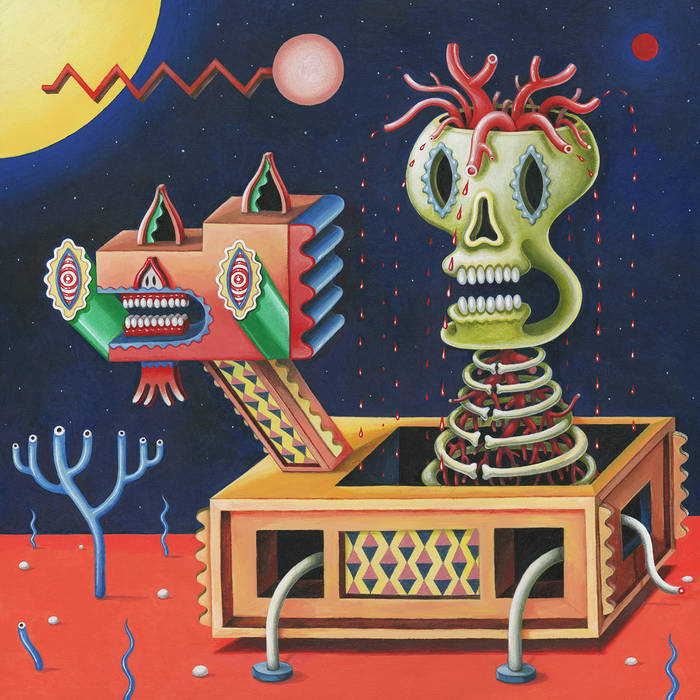 thinkoflondon GTOSS reached inside the cableboxes to do some rewiring, lifting our heads and setting our eyes to wonder about what's to come. Favorite track: What Would The Odd Do?.

bonkershughes funky fresh makes me get up and start running around in circles Favorite track: Plants.

sawwl Where my Tossheads™ at???? Favorite track: Moth Like Me.
more...

Guerilla Toss returns to NNA Tapes with a brand new EP, 'What Would The Odd Do?', an exploration into new territories and an expansion on their recipe for twisted, addictive rock & roll mania: fried funk, damaged dance, and cosmic cacophony. Fans of 70’s prog and rock greats like King Crimson and Todd Rundgren as well as modern torchbearers like Sheer Mag and Deerhoof will be joyfully united by GT's uniquely familiar world of wonder and excitement.

For Kassie Carlson -- singer, songwriter, and bandleader of Guerilla Toss -- What Would The Odd Do? is unarguably the group's most personal release in their impressive history as a music-making collective. After open-heart surgery in 2017 to remove a dangerous blood clot caused by a severe opiate addiction, Carlson has found a new joy in life. She has since cleaned up for good, moved to Upstate New York with her partner and Guerilla Toss drummer, Peter Negroponte, and has never felt more inspired.

Kassie Carlson is a true poet of punk, the voice of an unheard generation, the leader of The Odd. Few people have been through what she has, and making it out alive is just the beginning. With her band of musical misfits, Guerilla Toss is an unstoppable force of nature. Like all great and challenging art, their message is abstract, yet decipherable. And once the listener cracks the code, they’ll be immersed in a uniquely familiar world of wonder and excitement. What will unite us more than to celebrate the absurd and question what we’ve been told is obvious? Let GT be just one of the many songs among the soundtrack of existential infinity and divine recovery.

A portion of the proceeds from the album will go to the Harlem Harm Reduction Clinic, in an attempt to further our reach in the opiate crisis battle.

All lyrics/music written and arranged by Kassie Carlson/GT